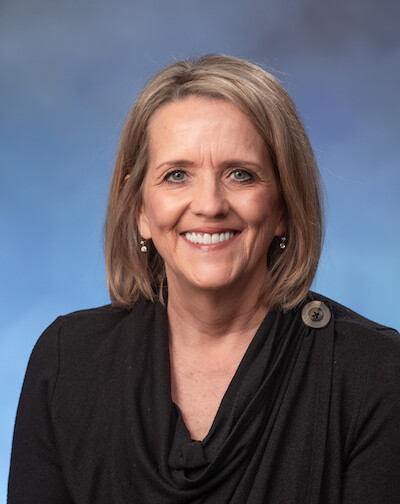 Holly was born and raised in Hibbing, Minnesota. She married her high school sweetheart, Phil, in the middle of their college years while she attended Mankato State University, and he attended Gustavus Adolphus College nearby.

Holly & Phil moved to Shoreview, Minnesota, after college graduation where their three children were born. Later they lived in Idaho and Ohio before returning to Minnesota in 1993, and they have lived in their home in Lakeville ever since. Their children are married now, and the Nelsons have six grandchildren.

Holly grew up in a Christian home and made a profession of faith as a child, but it wasn’t until 1997 that God opened her eyes and heart to a true understanding of his saving grace and lordship—it was then that she submitted her will to his. She believes God used the life, witness, and prayers of extended family believers to draw her to himself, and following Christ has been an adventure ever since.

God grew Holly’s understanding of who he is and her faith in him mainly through the study and teaching of God’s word in Bible Study Fellowship (BSF) and solid biblical teaching at Bethlehem. Phil & Holly began attending Bethlehem’s South location in 2009 and became members in 2010.

For 14 years, Holly served as the Teaching Leader of a women’s Bible Study Fellowship group (of 500 women) in Eagan before becoming Minister for Women’s Ministry at the South Campus. Her heart is for women to know and love the God of the Bible and his plan of redemption, and to provide opportunities for them to grow in the knowledge and obedience to his word. She is eager to see sweet relationships grow through fellowship as women gather around God’s word and are encouraged, mentored, strengthened, transformed.