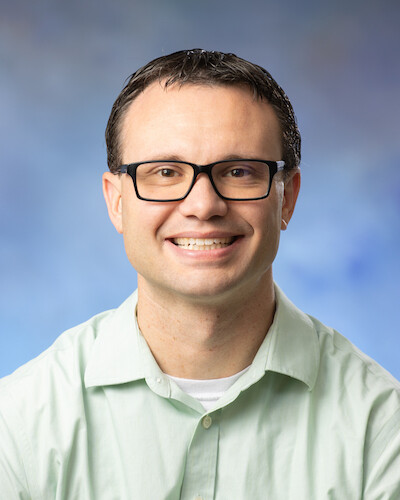 Haddon was raised in a Christian home near Watertown, Minnesota, where his family attended the Evangelical Free Church. During his childhood, God used the ministry of his parents and his church family to lead him to trust in Jesus for the forgiveness of his sins and the gift of eternal life. God called Haddon to pursue vocational ministry during the summer before he began college at Bethel University in St. Paul. While at Bethel, Haddon began attending Bethlehem Baptist Church, where he served on the worship team and began his seminary training at The Bethlehem Institute (2002–04). He then moved to Louisville, Kentucky, to complete his Master of Divinity degree (2006).

After seminary, Haddon returned to Watertown Evangelical Free Church to serve as Pastor of Worship Ministries for three years. During that time, he married Karlyn, who had grown up attending Bethlehem and had spent a year and a half on the mission field in Guinea, West Africa. In 2009, the Andersons moved to Garner, Iowa, where Haddon pastored the Evangelical Free Church for 11 years. They recently returned to Bethlehem with a vision to plant a church in the Twin Cities area that will faithfully proclaim God’s word and advance his kingdom.