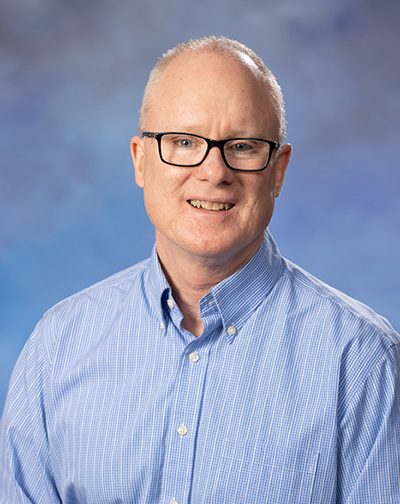 Bud Burk lived in Southern California until he came to Bethlehem in January 2008.

He was born into a believing family who worshiped at a Brethren Church in East Los Angeles. There was evidence of drawing grace in the early years of his life, but it was not until his late high school years that he learned the good and hard experience of conviction of sin along with the wondrous joy of being loved by God in Christ Jesus. Although it is difficult for Bud to pinpoint exactly when he was born again, one thing he knows for sure: “Today, by God’s grace, I trust in Jesus Christ and his work for me on the cross.”

In 1985, Bud received Bachelors in Christian Education from Biola University in La Mirada, California. After graduation, Bud went to work in his family’s steel fabrication business while becoming actively involved in ministry to children at Whittier Hills Baptist Church.

The 13 years that followed were formative years. The Lord gave Bud a passion for ministry to children and young families that became evident over time to the leadership of the church. His responsibilities there grew. He was eventually offered an internship, and later was called to serve as Pastor of Parent and Children’s Discipleship (1998–2007).

During those years, and now at Bethlehem, Bud has received great measures of God’s persevering grace upon him in Christ, enabling him to continue on the trajectory of learning ministry life among people. His primary longing is to see Jesus’ face and to help others long to see him too. This is especially so for parents and their children.

Bud and his wife, Lisa, have been married since 1987 and are quick to offer God thanksgiving for so many years of grace. They have two children, Tom and Charlotte.