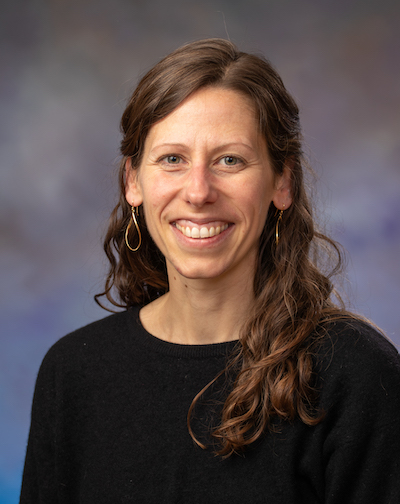 The congregation will vote on Amy for the role of Women's Minister for Development & Discipleship, Downtown at the April 24 Downtown Quarterly Family Meeting at 7pm at our Downtown Campus.

Amy Wass was born in Nebraska and grew up in a loving, God-centered home. Through the intentionality of her parents and the grace of God, she understood early in her life about her desperate need for grace, and that the work of Jesus on the cross satisfied the just wrath of God for her sin and freely lavished grace for forgiveness.

During her college years at the University of Nebraska–Lincoln, Amy became involved with The Navigators student ministry through Bible studies, intentional discipleship relationships, summer training programs, and she was part of the leadership team. After graduating with a BS in Business Administration & Human Resources and a M.Ed. in Administration, she joined The Navigators at Iowa State University as the Women's Director and there met Jared. They were married in 2004 and continued on staff together at Iowa State University and then the University of Wisconsin–Eau Claire until 2008, when Jared joined the Campus Outreach team at Bethlehem Baptist Church.

Amy has been a member at Bethlehem since 2008 and has volunteered with Campus Outreach and the Small Group ministry. As family seasons have allowed, Amy has also worked in the business world. Amy & Jared have three boys: Josiah, Owen, and Micah.

Amy’s desire is that the women of the Downtown Campus would know their value to our church family and be confident that they have a contribution to make in the life of the church because they are created in the image of God and have been uniquely granted gifts for building up the body. Amy’s heart for Bethlehem is that we would love each other biblically, speak the truth of Scripture accurately, care for one another deeply, and walk in unity as we seek to know Christ more.