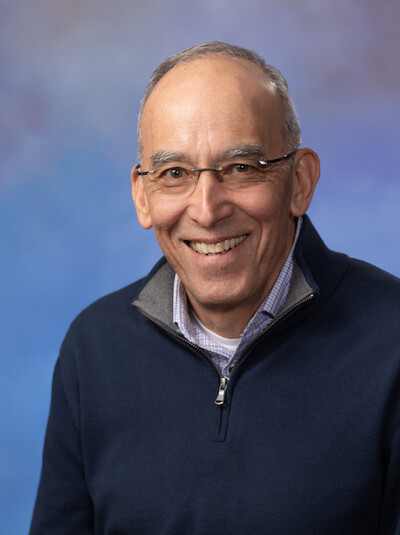 My father was a career Sergeant Major in the U.S. Army, and I grew up as a military child. My mother was from Hawaii and of Japanese descent. I was born in Japan, grew up in Vietnam before the war, and lived in Paris and several locations around the U.S. My first recollections of faith are from times when my dad would take me to the Army chapel, where I participated in Sunday School and chapel services.

My dad retired and we moved to our family homestead in central Minnesota, where we initially attended a small rural church. During high school, I saw the outcome of uncontrolled living and bad choices that resulted in life-changing consequences and death. These realities shaped my conscience, convicted me of my own sinfulness, and weighed heavily on my heart.

My faith journey continued in a Lutheran youth group that was led by two committed college students. They loved us and were attending a college affiliated with Intervarsity Christian Fellowship. They would return on weekends to lead the group. This time was a very formative season in my life. That summer, the church sponsored a trip to a Billy Graham crusade at the State Fairgrounds in St. Paul. I went to the evangelism training and attended the nightly crusade meetings. One night as I sat in the youth choir, I was convicted of my sin and responded to God’s call on my life. I was mentored by my youth leaders and through discipleship materials provided by the Billy Graham Evangeltistic Association.

Following graduation, I attended Bethel College. Bethel was a spiritual womb for me, with rich fellowship and solid education in both the Bible and liberal arts. I grew in my bible knowledge and sanctification, and during my senior year, I served as a Teacher Assistant with Tom Steller in the Bible department. During both my junior and senior years at Bethel, I also served as a Resident Assistant. This was my first opportunity to lead and encourage younger brothers through prayer gatherings and Bible studies. I experienced great joy facilitating these times. Several of these young men became lifelong friends and several also followed the Lord into vocational and volunteer ministry.

On Christmas Eve of my senior year in college, I was baptized, along with my parents who had made a profession of faith in Christ earlier that Fall. I had often spoken with my parents about salvation, and I fasted weekly for them while at Bethel. God was wonderfully kind to answer my prayers to call my parents to faith through a relationship with a local Baptist pastor and his faithful ministry and hospitality.

Following graduation from Bethel College, Ruth and I were married, and we started seminary at Bethel. That Fall, we began attending Bethlehem Baptist Church, where I would serve as an intern with youth, college & career, and a variety of ministry roles including support to our new pastor, John Piper. After four years of service, Bethlehem commissioned me to serve as an active-duty Army chaplain.

During 30 years of military service, I ministered and served in airborne, infantry, and special operations units during times of peacekeeping and while in combat. We discipled young soldiers and families, served in pastoral ministry, and helped plant several chapel services where there had been none. Mid-career, the Army sent me for a master’s degree to specialize in marriage & family counseling and education to train chaplains. In the final chapters of our military career, we served at the Pentagon with training and policy development, strategic family ministry, and operational lessons, and we also completed one final combat tour.

After 30 years of service in the Army chaplaincy, during which we raised and launched our three children, we retired and returned to Bethlehem in 2011. Since then, I have served as an adjunct professor of pastoral counseling, and Ruth and I have served in a variety of ministries at Bethlehem.

From my early beginnings and through every chapter of life, God has revealed himself time and time again. He has held us fast through seasons of confused priorities and spiritual dryness. His mercy was always hopeful and gracious as he opened doors and led in ways that were undeserving, not sought out, yet ordained by his sovereign hand. He is true to his promises, and he humbles and confirms those he calls. He has honored our desire as a couple to grow and obey him, and now we sense with gratitude and joy his call to a new level of service.