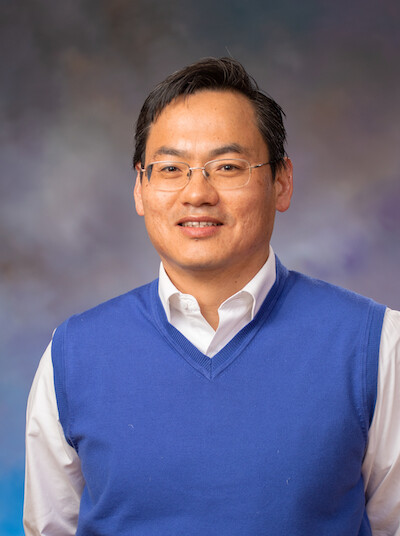 Charles’ life verse is found in the words of Jesus in John 8:12: “I am the light of the world. Whoever follows me will not walk in darkness, but will have the light of life.”

Charles Kim was born into a nominal Buddhist family in South Korea. He lived in spiritual brokenness and darkness. But by God’s grace, God saved Charles into his wonderful light of life through Jesus Christ during his time in college, after which he began serving in campus ministry, sharing the gospel, and engaging in discipleship. After graduating from Korea Medical School, he met Sarah, who was from Chicago and would later become his wife. God led Charles to move to Chicago, where he and Sarah were married in 1996. They continued to serve in campus ministry in the Chicago area.

After his medical training in Chicago and New York, Charles & Sarah moved to Minnesota in 2005. While serving students at the University of Minnesota, they began attending Bethlehem. God led them to serve in the All Nations Fellowship class through mentoring and hosting. They became members of Bethlehem in 2015, and they are members of a small group that they recently began to colead.

Charles & Sarah have four children and two puppies and live in St Paul. Charles is a family physician at North Memorial Hospital. He works at the downtown Minneapolis clinic, and his interest is in Lifestyle Medicine and Obesity Medicine.

Charles enjoys biking and hiking—praising God’s beauty along the Mississippi River all year round.