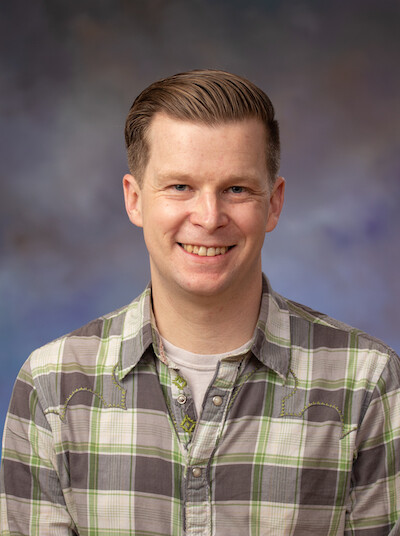 Chad was blessed to have grown up in a Christian home in the Twin Cities. At the age of 7, Jesus saved Chad, though he would have expressed that reality as having “asked Jesus into his heart.” Although Chad understood the gospel at a basic level at that time, it wasn’t until he was 14 that he grasped the reality that faith in Jesus was more than an escape from hell. He understood he was a sinner in need of a Savior—One whose joy it was to endure dying on the cross for him.

Chad attended Liberty University, and it was there that he was introduced to the teachings of John Piper. Encountering the concepts of reformed theology and Christian hedonism caused the gospel to take root more deeply in his heart. Chad understood the sovereignty of God and the reality of the joy that comes from intimacy with Jesus through his word, prayer, and community. At the end of 2004, God gave Chad boldness to share the gospel with Monica, then a Hindu, whose parents had moved to the Twin Cities while she was in college. Three weeks later, after hearing Pastor John preach on Romans 12:12, Jesus took hold of Monica’s heart and she became a follower of Christ. Four years later, Chad and Monica married in 2009.

In 2013, through a Redemption Group (intensive biblical support group) at Bethlehem, Chad experienced significant redemption from being enslaved by the desire to be seen as good. He had known the right answers about the gospel he had believed, but finally he experienced a depth of brokenness over his sin that allowed him to appreciate the greater depth of the forgiveness that the cross had already purchased for him. By God’s amazing grace, this transformation has pushed Chad to truly live and remain in the light and seek out opportunities to share his experience of the grace of God as much as possible.

Chad has worked as a licensed marriage and family therapist at Advanced Behavioral Health since 2011, providing both individual and group therapy. He has a heart for the broken and for those who feel like they have “fallen through the cracks” of Christian fellowship. Chad & Monica have been members of Bethlehem since 2009, small group leaders since 2011, and have been blessed to labor side by side—with their different gifts—for the sake of the gospel for their children, church, extended family, and city. Chad & Monica live in South Minneapolis with their five children: Cadence (2013), Naiya (2014), Jude (2016), Joy (2018), and Nehemiah (2020).