Two years ago Pastor Chuck & Carol Steddom’s son Alex collapsed and died while ministering the good news of Jesus to young people in Northern Ireland. Our hearts still weep with them. One of the mercies that has grown out of this deep sadness is the formation of the Alex Steddom International Student Fund. It was established last year as a vehicle for supporting the financial needs of incoming international students at Bethlehem College & Seminary.

We are rejoicing that two recipients of the scholarship are just arriving to begin their studies this month in our Master of Divinity program.

René González has been serving as the Associate Pastor of Iglesia Cristiana Cimiento Estable in San Salvador, El Salvador. He is married to Magali, and they have two children, René and Alicia. El Salvador is a country in which most of the population lives in extreme poverty. René wants to be better equipped to rightly handle the word of God, so that he might return to El Salvador and offer the hope and joy of the true gospel to a suffering people too often exploited by false teachers. 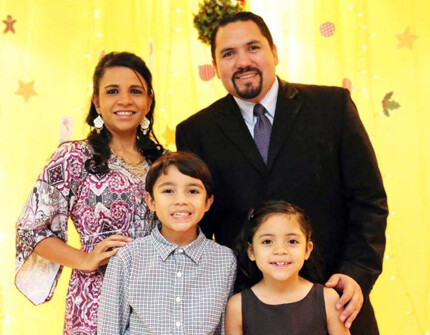 Zau Naw is ordained and has been serving as a worship pastor at the Thida Baptist Church in Myitkyina, Kachin State in Myanmar. He is married to Hkawn Seng Bu, and has a 3-year-old son, Aura Do. In 1890, Ola & Minnie Hanson were sent as missionaries to Burma (now known as Myanmar) from the church now known as Bethlehem Baptist Church, Minneapolis. They lived there among the Kachin people for 38 years and led the effort to translate the Bible into the native language. A Christian community emerged, where once there had been none at all. Bethlehem’s 127-year relationship with the Kachin continues through annual teaching and service trips by faculty members and seminarians from Bethlehem College & Seminary. Zau Naw represents more of the long-term fruitfulness of this extraordinary movement of God among the Kachin. [When you greet Zau Naw, please address him as Chying Chying (pronounced ching ching). Chying Chying is an abbreviation of one of his other formal names “Chyinghtawng.” He will feel more at home if you call him Chying Chying.] 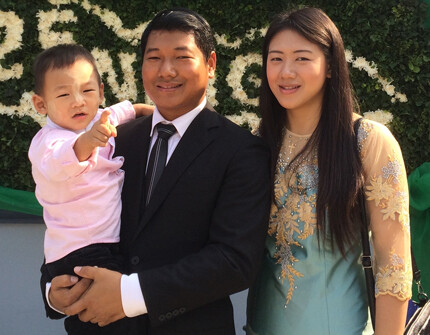 The reason these two families are here is that God has touched some of your hearts and the hearts of other friends of Bethlehem College & Seminary to give. Enough has been raised to sustain these two families for their first year. Please join us in earnest prayer that the giving to this fund will be as explosive as the vision behind it. Not only do we need to raise the funds for these two families to stay with us for the entire program, but we are eager to admit at least one international student each year. Learn more about how to give to the Alex Steddom International Student Fund.