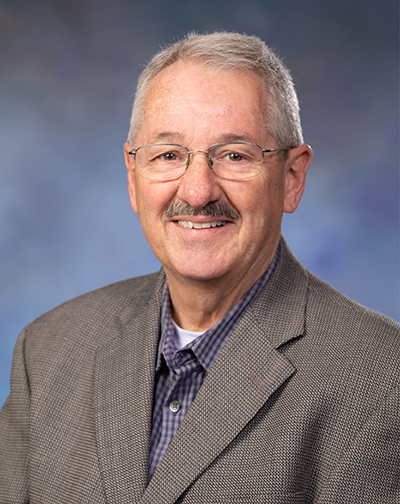 Sam was born third of seven children in Dixon, Illinois, to a family that also moved to Wisconsin, Montana, Iowa, and Minnesota.

Called by God and shaped by Christian parents and praying grandparents, he trusted Christ alone for the forgiveness of his sins and the fulfillment of all God’s promises to him when he was in early grade school, and was interviewed by the church elders for baptism when he was in third grade.

Further shaped by teachers, coaches, pastors, books, experiences on the farm and in town, and famous “dead guys,” he first preached to the entire congregation when he was 15 and, at age 17, led monthly city-wide “hymn sings” in St. Cloud, Minnesota.

Vicki Anderstrom, a gifted musician, consented to marry him in 1973, while they were together in a traveling musical ensemble with a weekly radio program on a handful of stations in the Midwest. Crabtrees were instrumental in launching the Campus Crusade chapter at St. Cloud State University. They both taught in the public schools for seven years during which God gave them Dawn and Mandi (who have subsequently given them six grandchildren). Sam and Vicki lost two children to miscarriage, Aryn and Jordan.

While pastoring 16 years in Brookings, South Dakota, he began corresponding with John Piper, then senior pastor of Bethlehem Baptist Church, who eventually asked Sam to join the staff as Executive Pastor in 1997. Sam arrived with an “earnest desire to foster an unbridled enthusiasm for the pre-eminence of Christ,” his personal life aim being to grow in Christ-likeness.

After chairing the search committee to head up the transition from John Piper to Jason Meyer, Sam took a position as Pastor for Small Groups at the North Campus. In the strength God supplies he has made contributions to various boards and publishing houses.

He has exceeded his goal of making 100 consecutive free throws (130) and has written a daily note to Vicki since 1982 (well over ten thousand notes).