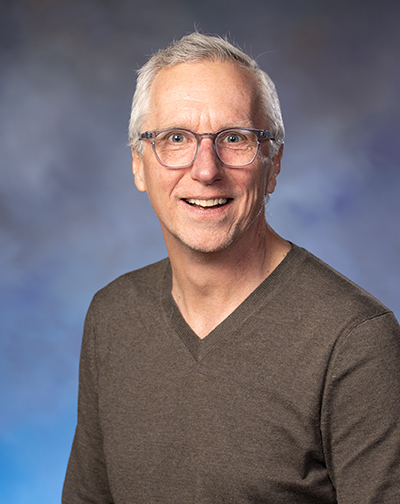 Born into a Christian home in suburban Minneapolis in 1961, Dan was born again as a child of 4 or 5 at his mother’s knee. When he was 10, Dan’s parents sensed God’s call to missionary service in southern Africa. “As a child, I saw in my parents a passionate commitment to Christ which resulted in radical middle-aged steps of obedience to go and spread the gospel.” During high school, he first became involved in leading worship. After finishing high school in Zimbabwe, Dan returned to the U.S. to attend Bethel College in St. Paul.

Graduating from Bethel in January 1983, with a degree in English Literature, Dan married Liz in February of the same year. They have four children, Anika, Erik, Mariana, and Anders. They currently live in Mounds View. Dan was employed by Northwest Airlines as a flight attendant for 20 years.

October 2002, Dan Holst joined Bethlehem’s staff, where he continues to serve and shepherd the body of believers at the North Campus. Dan began serving us as a worship pastor, added Lead (Campus) Pastor, North Campus from 2011 through June of 2017, and is again our Pastor for Worship, North Campus, after dividing his growing duties into two full time roles.

Dan serves with an unbridled passion to know God in word and worship. He is aware of the twin pillars on which Godward worship rests: “In worship, we seek to inform the mind with biblical truths about God so that the heart will rightly respond to his greatness and glory.”